There has been a seeming resurgence of military interventions in Africa in recent times. While Chad, Mali, Guinea, Sudan, and recently Burkina Faso have all experienced successful military takeovers, Niger and Guinea Bissau have recorded unsuccessful coups in 2021 and 2022, respectively. Civilian complaints of bad governance and high poverty rates are also increasing across the Continent even though various rounds of Afrobarometer survey reports suggest Africans highly prefer democratic government, even if they are not enjoying the dividends of democracy. The trend of military interventions and citizens’ upheavals seem to defeat the survey report. Military coups do not happen in a vacuum. A critical analysis of countries that have experienced successful coups or attempted coups shows that these occurrences were preceded by clear indications of public discontent about governance or democratic process. Ignoring the conditions under which elections are held and being quick to tick the box of “democratic elections” and constitutional exigencies; Regional and International bodies’ continuous use of election results as justification for good governance in Africa while neglecting post-election happenings in the countries are all contributing factors to this creeping problem. The rush of the international community to condemn or sanction countries where unconstitutional changes of government take place, although justifiable, ignores the drivers of coups.  In this blogpost, we attempt to address the following questions:

We assert that there is the need to rethink democracy and governance as a means of reversing the tide of coups that are resurging on the continent. We also argue that the Regional bodies such as the Economic Community of West Africa States (ECOWAS) and the African Union (AU) should prioritize and hold their member states accountable for lags in governance and economic development.

Is the successful conduct of periodic elections a reasonable justification for good governance? And should elections be held at all cost even if the prevailing conditions are unfavourable?

On average, 15 elections are held every year in Africa. In some years, over 20 elections are organized. The frequent elections are seen as an indication of an entrenched democracy in Africa and a departure from the days of coup d’états. Countries that have consistently held elections and undergone successful transitions of power from one political party to the other have been hailed for democratic stability. Therefore, it is easy to say that regular elections are now a norm in Africa rather than an exception. In democracies around the world, elections are not stand-alone events. They form the bedrock of democratic governance in which leaders selected during elections are expected to oversee the development of a country and the welfare of its citizens. In performing their function as governments or elected representatives, leaders are also expected to be accountable to citizens about how their countries’ resources are used. Our view is that the regularity of elections in Africa, which are often hailed to be ‘credible’, has not been matched by good and accountable governance and the development that leads to improvements in citizens’ livelihoods. The so-called democratic dividends are yet to ‘arrive’ in most African countries, three decades after most countries returned to democratic rule from military/dictatorial governments. While most citizens struggle to meet their basic life necessities, most elected officials display affluence and lavish lifestyles amidst the rising cost of public utilities and poor public infrastructure. In most African countries, there are always wide income disparity levels between the rich and the poor, widening the inequality gap in the societies. Amidst the high perception of official corruption (Afrobarometer, Corruption Perception Index, Annual Audit Reports, etc.), there is growing discontent, frustration and increased indiscipline and social vices across the continent. Despite some countries holding regular elections to tick the box and satisfy constitutional exigencies, there are in fact ‘constitutional dictatorships’. In such countries, the media is gagged, public demonstrations are harshly quashed, the playing field for elections is uneven, and no rule of law (opposition members and citizens are imprisoned using illegitimate laws). Although the Afrobarometer report that surveyed most African citizens reveals that they prefer living under a democratic government to a military or dictatorship, we are uncertain of the extent to which they will continue to bear with the levels of poverty and corruption.

Another question that needs interrogation is whether or not elections should be held at all cost even if the existing conditions will make the polls exclusionary and participatory? What should the international community’s position be when major opposition candidates are eliminated from the electoral process and the incumbent contests unopposed? There are also the issues   of third term or constitutional amendments to allow an incumbent to run again. Should elections be prioritized over national security in countries like Burkina Faso and Mali, where insurgents occupy large portions of the country? In Burkina Faso and Mali, previous elections took place only in parts of their countries because of insecurity. In such countries, we argue that the divisive national elections and electoral politics could weaken the State in the face of growing insurgency.  Our position is that elections are not ends in themselves but a process in the overall democratic culture of countries, and therefore, holding of elections should not be the measure of democratic development. Again, elections are inclusive and participatory processes, so we should be as interested in the condition under which they are held, as the elections themselves.

What should be the needed ingredients to benchmark good governance and citizens’ satisfaction?

Given the high interest of the international community and citizens in elections, tools have been developed to assess the credibility of electoral processes of countries, particularly in Africa. Each year, international institutions, partners, and citizen groups invest millions of dollars in observing elections, after which recommendations are made for improvement in future elections. Although specific benchmarks exist to track the governance and development performance of countries, they are not as coordinated, and their results are not forcefully communicated. In that case, they do not drive a change. Our position is that more emphasis must be placed on governance and developmental issues after elections. Also, civil society groups and the international community must collaborate and develop regular assessment tools to ensure that the development needs of citizens are addressed, elected officials are held accountable in law and practice, and countries are managed with the dictates of the rule of law as pertains in proper democratic cultures.

Is the military intervention a response to citizens’ complaints of bad governance and deteriorating living conditions?

The answers to the above question are yes and no. Yes, because bad governance and the ability of civilian governments to deal with insurgencies have been used to justify both recent and past coups. Coups that occur in response to bad governance often receive widespread support from citizens who hail the new leaders for their intervention. No, because ambitious soldiers use civilian complaints as a pretext to fulfill their ambitions of ruling a country. In countries or regions with a culture or history of coups, soldiers will always see themselves as “messiahs” to deal with bad governance and insecurity.  Yet, in others, soldiers do not see themselves as part of the governance process, even in extreme cases of poor governance. Historically, West and Central Africa have seen more coups to a large extent than their counterparts in Eastern, Southern, and Northern Africa.  So whether a coup is a response to bad governance or insecurity varies from one region to the other in Africa. But more research needs to be undertaken to understand why some military may see themselves as messiahs while others may not. However, the fact remains that bad governance, including real or perceived official corruption, mostly set the stage for ambitious military personnel to usurp the powers of the state.

What should be the new paradigm shift to reduce further military resurgence in the region?

The resurgence of coups in Africa means that the problem is deep-seated and will require a well-thought-out strategy to deal with it. While the blog does not have ready-made answers, it teases out some food for thought. First is the need for comprehensive studies on the coups and their underlying causes across Africa.  For instance, the simple view that coups result from bad governance may not be sufficient for understanding why coups occur. This should also help to understand conditions that lead to coups across regions as the conditions may not be the same.    At the same time, addressing the bad governance, poverty and insecurity will go a long way to addressing some of the immediate causes of coups, particularly in regions or countries where the military appoint themselves as saviours to address national problems. Both civil society groups and the international community have a role to play by ensuring that governments are held accountable for their commitment to democratic and economic development in a manner that meets the expectations of citizens. Also, there is the need for conscious effort to change the military culture in most of our countries and train a new generation of officers who will understand that it is not part of their duty to take over the governance of their countries. The regional and international bodies must shift from “ticking the boxes” for passing elections and start marking post-elections governance standards among countries. The Africa Peer Review Mechanism tools must be reworked, improved and used to assess the governance of African countries. In all, the bulk lies in the bosom of African leaders. Improve the democracy and governance of your countries, improve the living conditions of your people, reduce opulent lifestyles and mismanagement of your economies.

Paul Aborampah Mensah is a Programs Manager with the Ghana Center for Democratic Development (CDD-Ghana). He is the Team Lead of the Center’s Security Sector Governance program as well as the Local and Urban Governance program.

Yaw Atuobi is a governance expert. 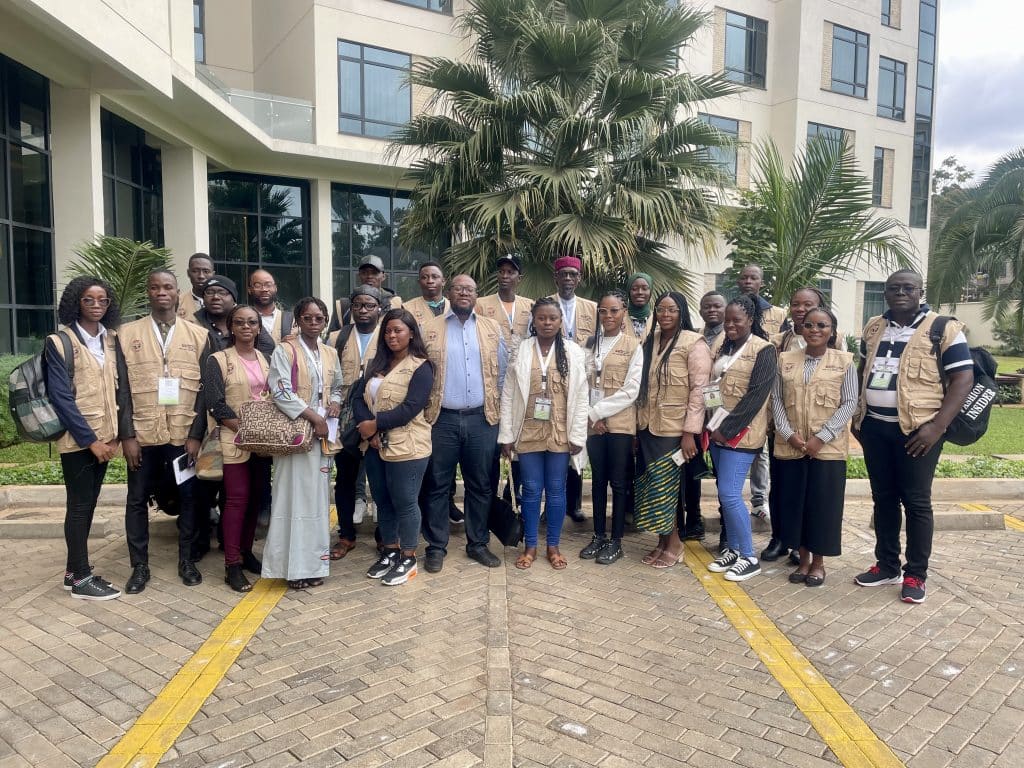 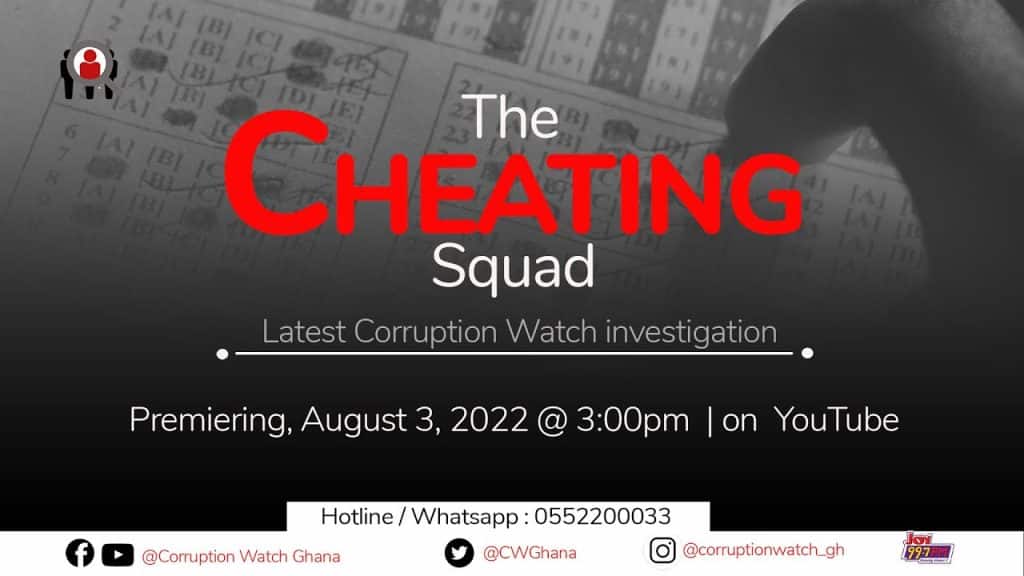 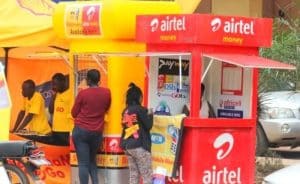 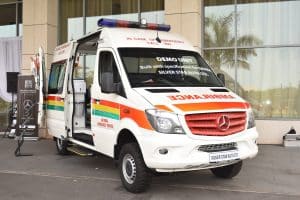 Emergency Medical Services are an integral part of any efficient health system. They are a lifeline as their inefficiency can...